Multiple critical vulnerabilities were found by the security researchers at Synopsys in three Android apps that enable users to control computer systems with Android devices.

Furthermore, these critical vulnerabilities could be exploited by threat actors to expose key presses and to perform RCE (Remote Code Execution).

The three apps are quite popular and have more than two million downloads in the merged state. While the apps that are found vulnerable are:-

While the research conducted by Synopsys security experts was shared with the app developers in August 2022 as a result of the findings.

After contacting the software vendors again in October 2022 and failing to get a response from them, the researchers finally published a security advisory.

It has been discovered that these three apps have the following types of flaws that have been introduced by CyRC research:-

The following are the flaws that affect each app in different ways:-

The developers of all three of the affected applications have abandoned each of these apps, in other words, the developers are no longer supporting these apps. That’s why they meet the criteria for abandonware’s definition.

Continued use of these apps may put sensitive information at risk, and there is a high probability that it will be exposed. There is also a possibility that remote attackers could run arbitrary code on the device if they succeed in exploiting these critical vulnerabilities.

For now, there is a strong recommendation by the CyRC to remove these vulnerable applications as soon as possible to prevent any further exploitation. 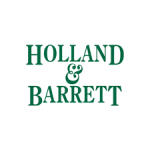